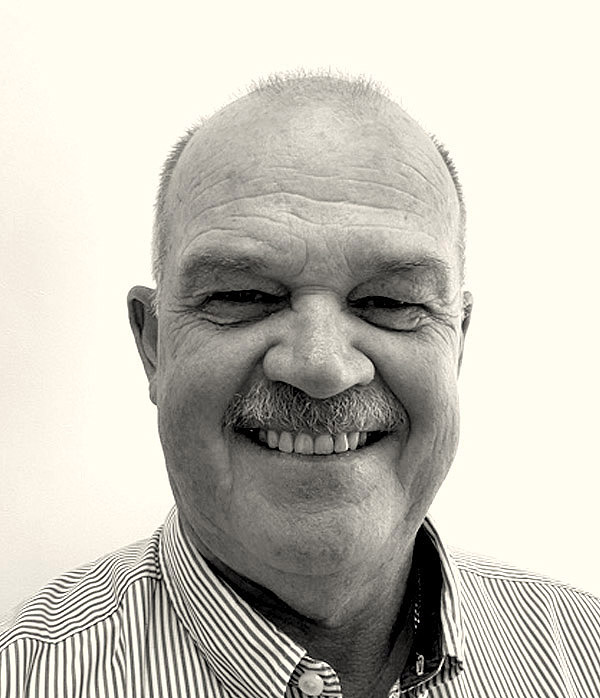 Karl started out his Catalyst Handling career in 1989 as a Reactor Entry Technician in his home country of New Zealand after many years self-employed in the plumbing industry.

In 1994 Cat Tech offered Karl a full-time role as Operations Manager of the UK Region, which soon lead to him becoming a General Manager and Director.

In 1997 Karl co-invented and patented a Tubular Loading Device as a unique technology for the company, he also pioneered the development of multi task DP systems for tubular process vessels.

Karl spearheaded the International expansion of Cat Tech opening the Cat Tech branch in Singapore in 2000, Thailand in 2004, China in 2006, and continues expanding in these countries to date whilst also continuing to develop our joint working relationships in the Middle East, South America, and the African Continent. 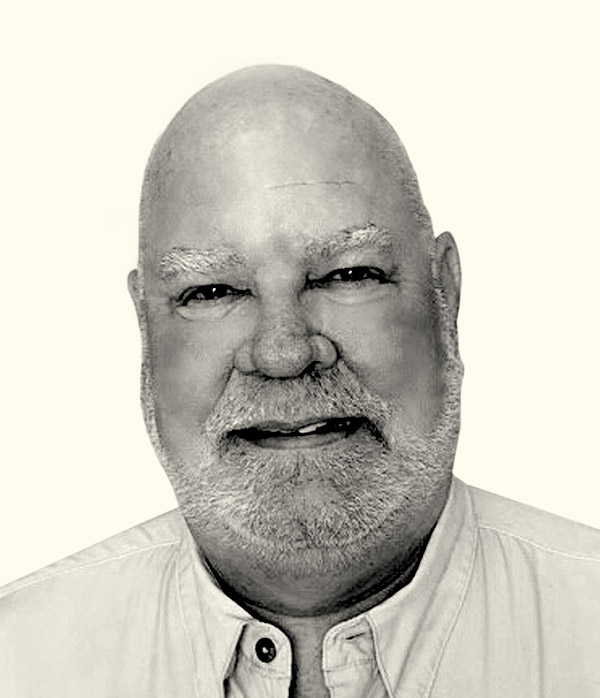 Bryan started his career with Cat Tech in 1979 having just completed military service with the United States Navy.

He was recruited in Louisville, Kentucky with a group of other young ambitious individuals under the auspice that he would be relocated to a expansion division after completing training. Bryan was relocated to Houston Texas in August of 1980 to help start up the Southwest region for Cat Tech. During his tenure, Bryan has held posts in Houston, Tx - Corpus Christi, Tx - Baton Rouge, La - Jubail, Saudi Arabia and Singapore but he still calls Texas his home. 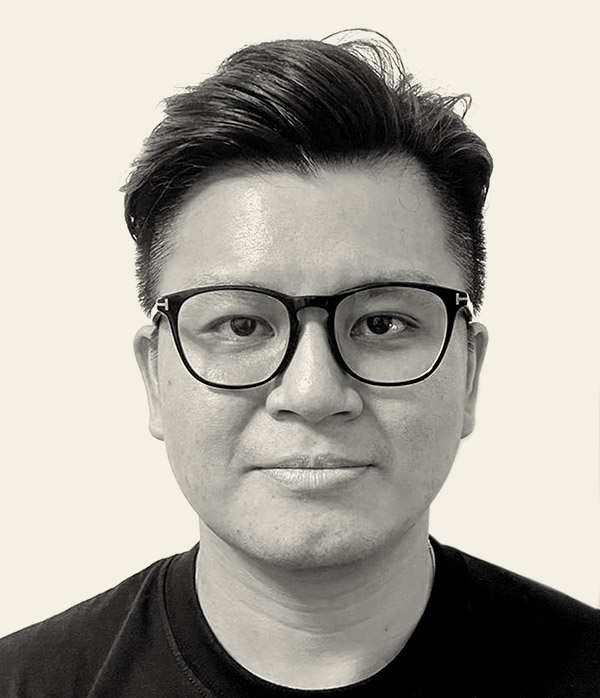 Upon graduating with mechanical engineering degree from University of Leeds in 2008, Kelvin started his career as a mechanical design engineer specializing in pressure vessels and heat exchangers.

In 2014, Kelvin moved on to regional operation management (APAC) for TDW taking the lead in 3 service centers in Thailand, Singapore and Indonesia.

Kelvin joined Cat Tech in 2019 as Operations Manager where he gained experience in catalyst handling activities on site before moving to the Regional Manager position where he manages and control the resources in the Singapore region. 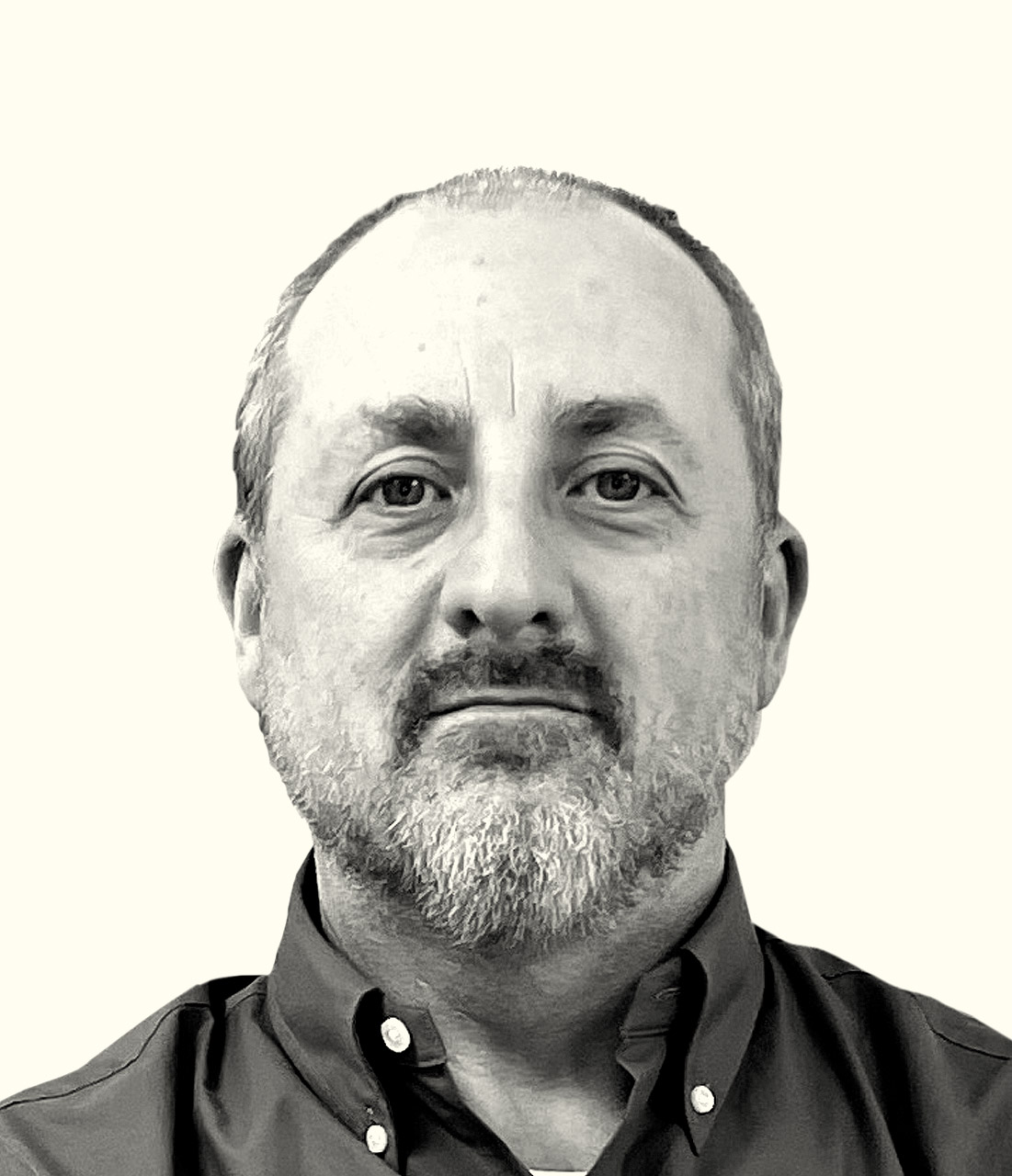 Joe’s career started when he Graduated with BA hons, in accounting in 1996 to which he then worked towards obtaining his professional qualifications by 2001.

Joe been involved in manufacturing/construction businesses all of his career his specific focus was on the commercial side of business and cash management/improvement.

Achievements gained in ‘turnaround’ situations changing unprofitable company’s to profit improvement, via cost reductions, rationalisation and improved efficiencies and value added projects.
‍
Joe joined Cat Tech in 2015 helping alongside the team to break back out into the US market. 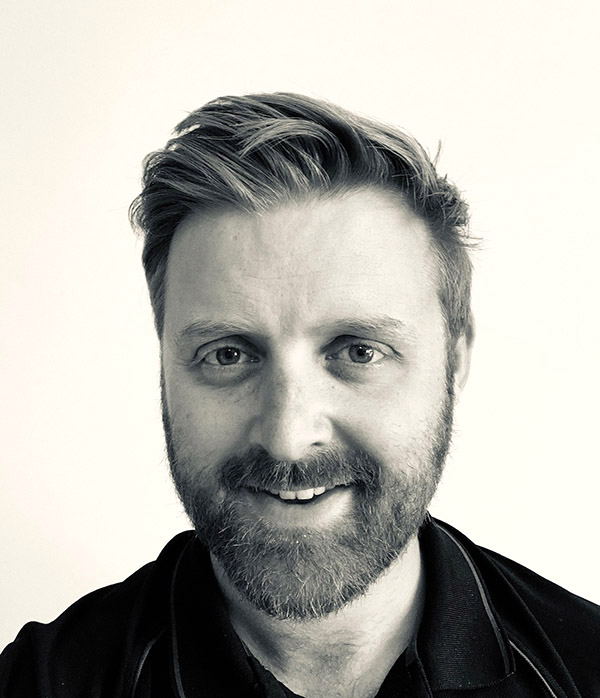 In 2001 Richard gained a BSc Under Graduate degree at Lancaster University in Business Studies, by 2004 Richard graduated from Liverpool University with a MSc Masters Degree.

Richard took a change in career and started with Cat Tech in 2012 as UK Sales Manager, during this time he worked alongside our European based customers to drive the region through projects from start to finish.

In 2014, Richard become Cat Tech Europe’s Regional Manager and with a hands on approach has driven Cat Tech’s profile forward and developed the companies presence in the European Catalyst market and helping to double annul revenue.

Alongside the European market, Richard has also helped develop Cat Tech into South America, Africa and the Middle East, working with some of our biggest clients to date.
In 2020, Richard became Chief Operating Officer for Cat Tech International, heading up our European, US, and Asia Operations. 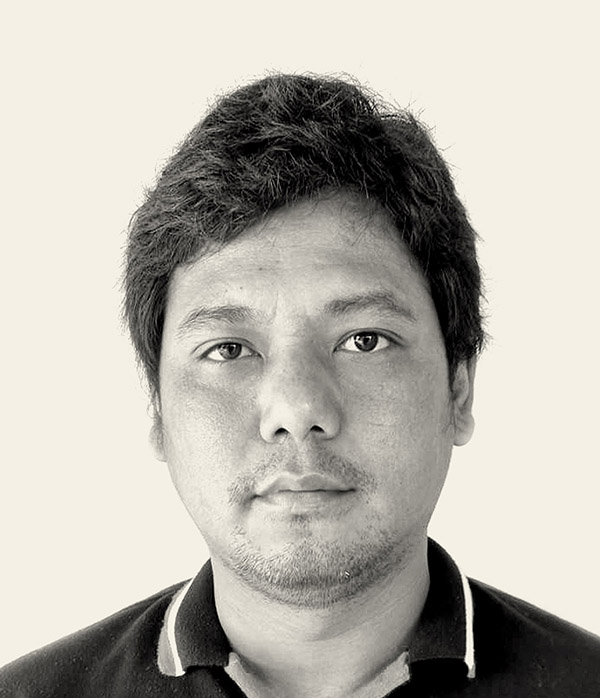 Wuttichai has been employed by Cat Tech since January 2010. Whilst working with Cat Tech Wuttichai has gained experience in the field of Catalyst handing and associated activities by working on site.
Wuttichai manages and controls all resources within the Thailand region. 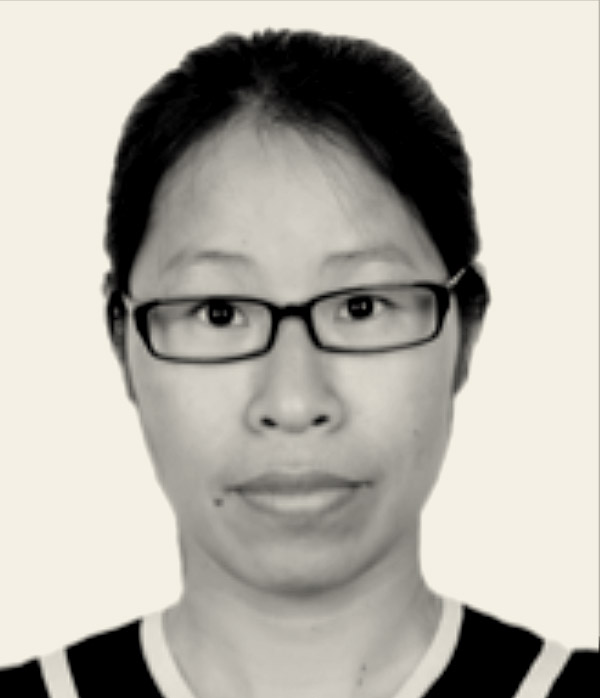 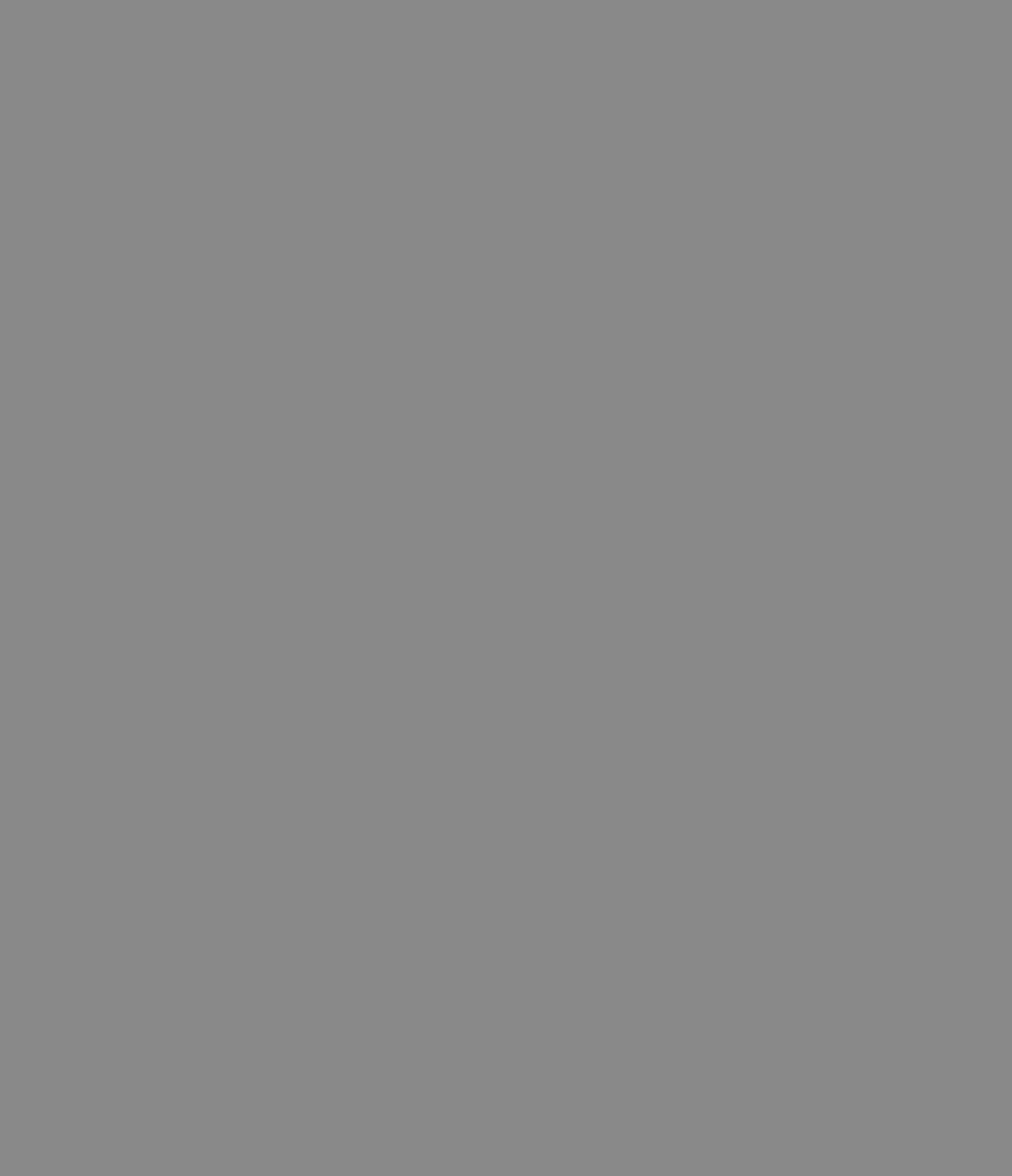 Matthew’s passion for environmental studies formed the basis of his career.  After studying at Hull university his interest in the environment & waste management took him to the local council where an understanding of domestic and commercial waste management inspired him to look further into the private sector.

This has since developed into a career in providing industrial site services and hazardous waste management.   Thanks to Matthew’s ability to learn and adapt he has been able to quickly progress his career through from a local sales role to now a European Regional Manager at Cat Tech Europe Ltd.
‍
Along the way he has honed his knowledge in all aspects of industrial cleaning such as tank cleaning, high pressure water jetting, automated heat exchanger extraction and cleaning and more lately into the unique world of catalyst handling services.  His career path has also included working for a catalyst handling competitor, but this knowledge has been rapidly expanded upon since his time at Cat Tech Europe Ltd whilst developing his skill set even further.
‍
Matt was first attracted to the role at Cat Tech due to the opportunities for international travel and a unique market place which differentiates itself from the day-to-day industrial services sector due to the unique hazards involved, quality control requirements and professional planning and service delivery.  Since joining Cat Tech, Matt has helped to develop existing and new client relationships and now manages the European regional assets.

Not only does he have a passion for providing a high level of customer service but he relishes building upon and creating new customer relationships.

Design and develop our own CE approved Life Support Equipment

Specialists in safe systems of work in Nitrogen environments (IDLH)

Do you require one of our specialist catalyst services?